The Rainforest of Reading Festival – Nov 2014

Joyce Grant and I spent a week together in November 2014 …. here is Joyce’s blog posting about our adventure to Grenada and St. Lucia

I spent the last week of November in the Rainforest, in Grenada and St. Lucia, with some extremely talented Canadian kidlit authors and illustrators. We were there to meet 6,000 grade 3 and 4 children and their teachers.

It was a project called the Rainforest of Reading, whose goal was to bring books and literacy resources to students in the Caribbean. It’s an incredibly ambitious project funded by the One World Schoolhouse Foundation.

One World gathers books all year for this region, whose students and teachers don’t have many resources and where libraries are almost nonexistent. Last year, One World nominated 12 Canadian picture books and founded The Rainforest of Reading Award, the winner of which is voted on and decided by the students themselves.

But the program also includes teaching materials, a reading program to get the kids reading the books and thinking critically about them, and other literacy prompts (such as Bananagrams). More about what’s in the boxes that got sent from Canada to each of the 450 Caribbean schools here.

I was one of eight Canadian kidlit creators who travelled to Grenada and St. Lucia, to meet the students and fire up their love of reading and writing.

There were three “presenting” days in the week-long trip, with about 2,000 Caribbean grade 3 and 4 students attending each one. The authors and illustrators each had a tent, which was filled with about 125 children every 15 minutes. We presented for about five minutes, and

then answered questions while we signed autographs—for every student—for the next 10 minutes.

Then, the classes rotated to the next tent so that all of the children could meet the authors, play a game such as a word search, watch an illustrator draw characters, or take part in literary-based drama.

As you can imagine, doing up to 18 presentations in one day, to 125 children (or more, sometimes it was more like 200) every 15 minutes was exhausting.

But there were incredible rewards. My first realization came when one of the classes spotted me in my “Gabby” t-shirt as they were entering the stadium. “Gabby!” he shouted, pointing. All of his classmates turned.

They knew my book! They knew the character! I got excited and all of the exhaustion drained from me as the whole point of the festival hit home. These kids had read 12 books and we were all going to talk about them together. This was important; incredibly important.

But that thrill was nothing compared with what would happen at the second festival day. That day, and the third day as well, literally hundreds of children dressed up as Gabby. They’d woven orange or red wool in their hair, they’d made Gabby glasses out of pipe cleaners and they’d cut out letters which they wore on headbands or fastened to their school uniforms. Jan Dolby and I were blown away. There were also kids dressed as the other characters, including Willow (from Willow Finds a Way), Stewie from Skink on the Brink, pirates, giraffes and other characters from the books.

It was a gruelling schedule in the hot Caribbean sun. The organizers knew what they were asking of us, and so they spoiled us every chance they could. We’d be refreshed and ready for the next presentation day, when we’d see another 2,000 children.

I went into the festival with two main goals:

I succeeded beyond my wildest dreams on both counts. Before we left, I’d written and Jan Dolby had illustrated a Teacher’s Guide for Gabby. (Layout by Valerie Strain, with assistance from Fitzhenry & Whiteside Publishing.)

I incorporated some photos from the cities we were to visit in the Caribbean, and Jan put Gabby in a school uniform like many of the girls wore in the Caribbean. I wanted the teachers to have some simple, fun lessons they could do with the children. I have a blog called Getting Kids Reading and I had been very involved in Peterborough’s Trent Valley Literacy Association in the past; literacy is my passion and I’m always looking for ways to help get kids reading. The other kidlit creators, and One World, also provided literacy tools for their books.

In terms of learning from my fellow kidlit creators – well, that was off-the-charts fantastic. Before I met him, I’d known Eric Walters was incredibly prolific; he has six books coming out this year and six next year and he does hundreds of school visits a year. What I hadn’t realized was that he is also incredibly generous about sharing his time and his knowledge. It was a master class in writing, storytelling, formatting a writing project, presenting, marketing books and just about every other facet of publishing. Eric was indefatigable, not just in answering questions about the profession, but in helping wherever and whenever he could. It was Eric who came to my rescue with water when I was presenting and unable to leave my station. It was Eric who moved the pop-up drum band that suddenly started playing beside my booth (they moved, all right—to his station!). It was Eric who shared with me his binder full of plot notations and project notes. And it was Eric who performed many other acts of generosity towards the people on the trip that I can’t elaborate on here because they were meant to be, and were, anonymous. He was an inspiration and I’ll never forget his many kindnesses. Anita Walters accompanied her husband on the trip and it is clear that his success is also, at least partly, due to her influence and intelligent support. And if that wasn’t enough, the two also support an orphanage in Kenya, which you can learn more about and donate to at Creation of Hope.

I had already become close friends with my Gabby co-creator, Jan Dolby. But after this trip, we are sisters from different mothers. We laughed – until we cried! – at everything from finding an enormous tarantula on our cabin steps, to… well, ridiculous things we, and others, did—particularly after a strenuous day of presenting and maybe a rum punch or two.

So many wonderful kidlit authors and illustrators

Eugenie Fernandes has illustrated and written more than 90 books. One evening after dinner, she told us the story of her Ordinary Amos and the Amazing Fish which she wrote with her husband, Henry—and we were spellbound throughout the tale. She is a master illustrator and writer—a storyteller’s storyteller.

Rebecca Bender is the author and illustrator of a series of award-winning children’s books about Giraffe and Bird that are destined to become children’s classics. She is also a brilliant designer who creates beautiful book covers.

I’ve known author Lisa Dalrymple for many years—since our children were babies.

story that is worthy of them. Children are falling in love with her Stewie the Skink, to the point where one class showed up with a life-sized skink complete with removeable tail. Suzanne Del Rizzo illustrated Skink using plasticine in a masterful way. Hers was one of the most popular booths at the festival, since she taught children how to create their own Stewie using plasticine, a model the children could take home to enjoy.

The enthusiastic, charismatic and knowledgable Dr. Kari-Lynn Winters was an old hand at the Rainforest of Reading—this was her second year attending as an author. She conducted wonderful drama workshops the children loved. In her spare time, she went zip-lining… upside down. Yep.

There were also many volunteers who accompanied us, including an incredible group of schoolchildren who came to help and to learn about another culture.

There was one other person I want to mention—I’ll call him Jay, since I don’t have his permission to publish his name. One of about half a dozen boys from a local boys’ school, Jay made an enormous impression on me. When two of his colleagues were fighting (which was a rare occurrence, especially with that many children) and one of them became teary-eyed, Jay quietly put his arm around the boy and led him away, speaking calmly to him and encouraging him. At another point, he told me about one of the children in his class and what a wonderful illustrator he is. “He’s the best one in the school, Miss,” he told me. I later took Jay aside to thank him for showing me how powerful empathy can be, and for being such a good friend to his fellows. I managed to have a copy of Gabby delivered to his school for him, thanks to a kind man at our resort; I hope he enjoys it.

Congratulations to the winners of the Rainforest of Reading Award, Etta Kaner and David Anderson of And the Winner Is…Amazing Animal Athletes and Beryl Young and Jason Doll of Would Someone Please Answer the Parrot! The children voted these books as their favourite non-fiction and fiction books. The kids loved them!

Thank you to Sonya White, Richard Clewes, Marlaina and all of the volunteers from One World Schoolhouse, the organizers and helpers in Grenada and St. Lucia, the donors, the children and everyone who made the trip possibl

e. It was an experience I’ll always remember.

I also want to thank my incredibly supportive husband and son, who also made the trip and volunteered during the presentations. I couldn’t do anything without them. 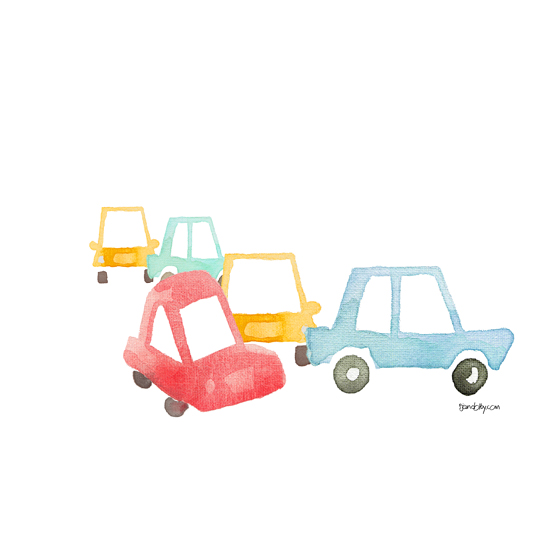